On 10th May, on the occasion of the EBRD Annual Meeting in Marrakech, Banca Popolare di Sondrio was awarded the 'Green Deal of the Year' by EBRD - European Bank for Development and Reconstruction thanks to the bank's growing commitment in facilitating the transition to the green economy in developing countries.
In particular, through the EBRD / EBRD program, in 2021 BPS concluded an important transaction with an Armenian bank (Ameriabank), which contributed to the construction of a water bottling line, favouring water saving for 440 local families each. year.

"This award symbolizes an important milestone and further confirmation for our Institute, which aims to pursue with determination a balanced and sustainable economic growth model" comments Mr. Mario Erba, Deputy General Manager of the Bank and Head of the International Service who completed the operation.

"The goal is to create real value over time for future generations and our territory, also through collaborations with foreign banks and Supranational Institutions" concludes Erba.

At the same event, BPS was appointed as the second most active confirming bank of 2021 within the EBRD Trade Facilitation Program (TFP), based on the number of financial transactions concluded.

The photograph shows Messrs. Adriana Besseghini and Michele D’Auria, employees of the Correspondent Banking sector of the Banca Popolare di Sondrio International Service, at the time of the award ceremony. 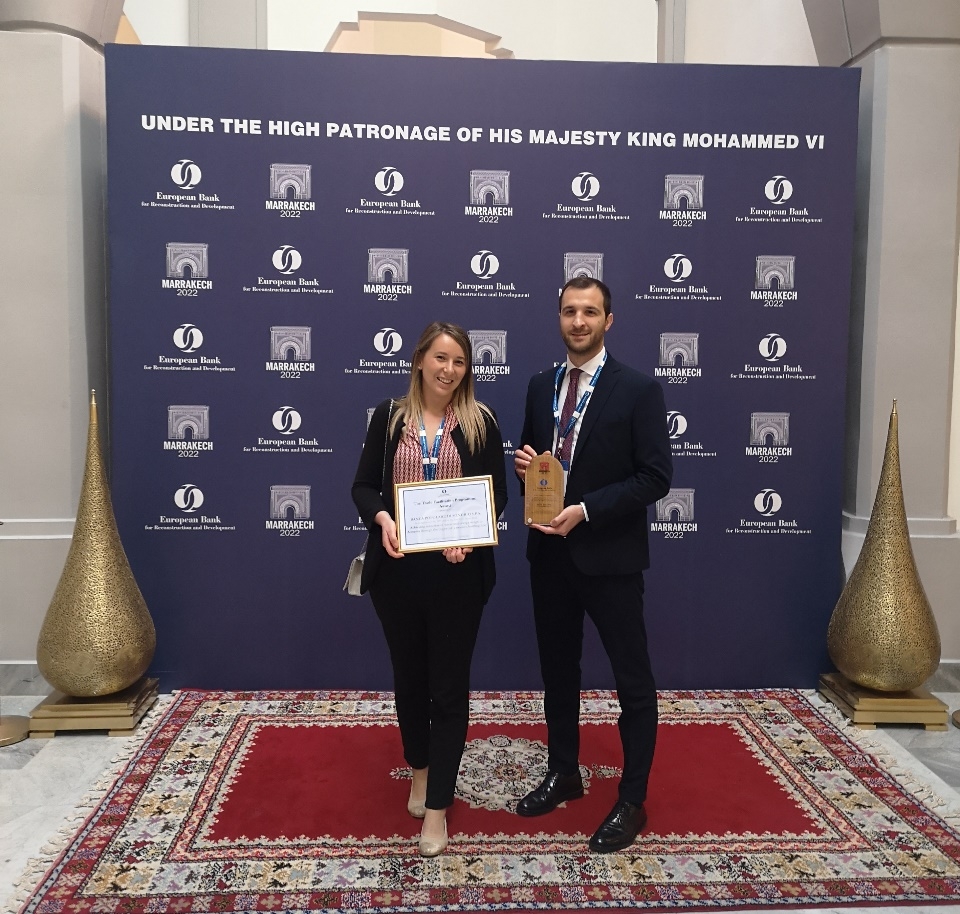